Dunno which one of your ass­whoops wanted a plot twist, but let's see if I can deliver. 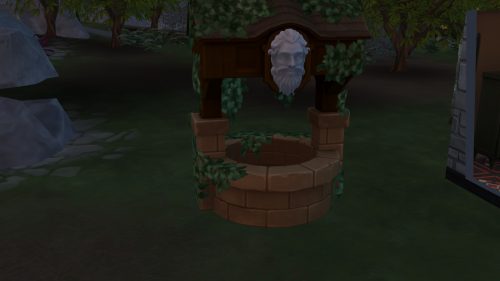 Grow­ing quite bored with the house­hold, I decided to add a Wish­ing Well to my lot! This is one of my favour­ite items. Let's see what kind of havoc it'll create. 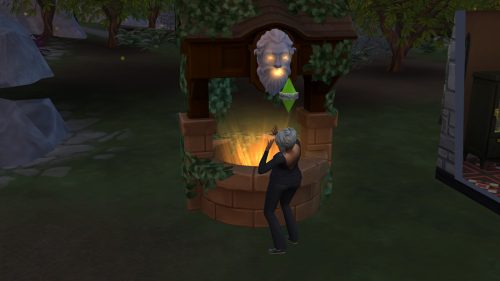 The but­ler wished for 'Yout­ful Energy'. She didn't get younger, but she did get a shit­ton of energy and star­ted to jog around the neigh­bor­hood. Guass that's a wish fulfilled. 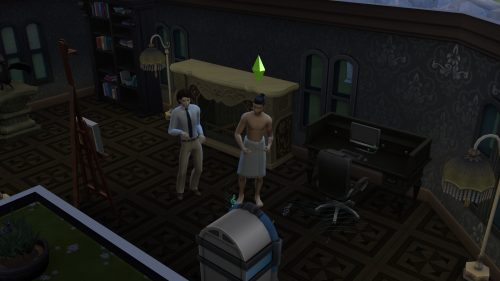 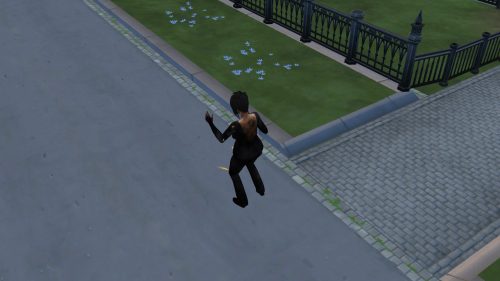 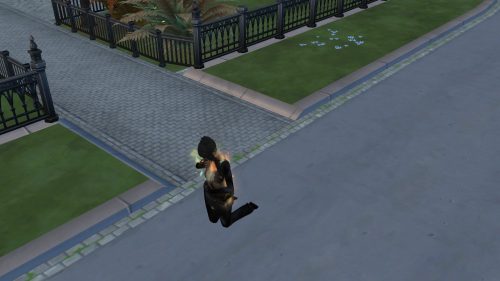 Yeah, so you know what you shouldn't do? Let your vam­pires jog! But­ler here didn't go back home after she fin­ished jog­ging aaaaaand burned to death. 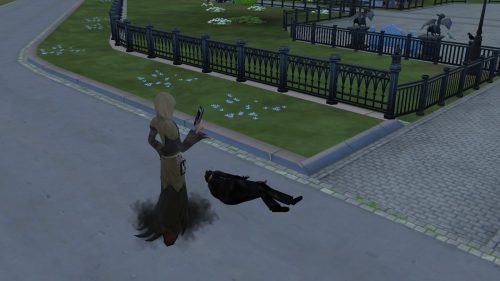 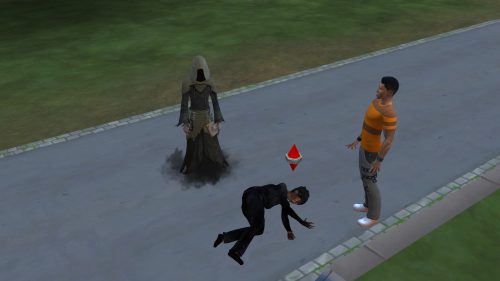 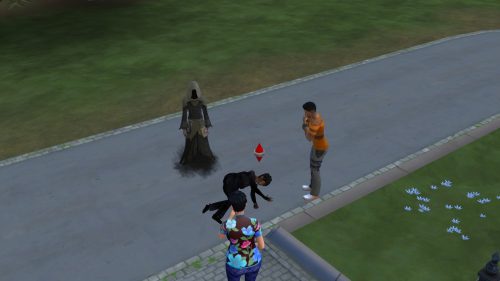 These inno­cent bystand­ers were very sad. I think. 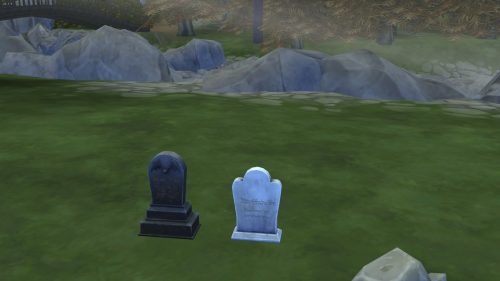 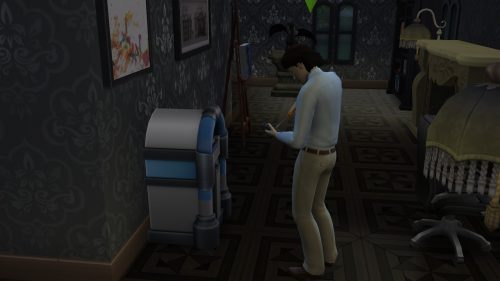 Mean­while the juke­box was broken. Caleb fixed it. Without dying. 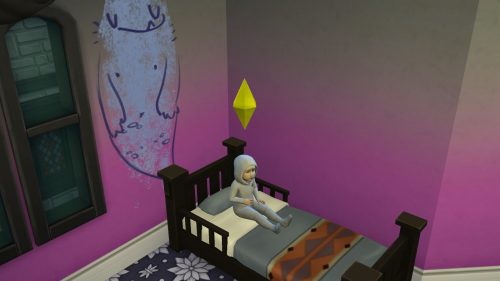 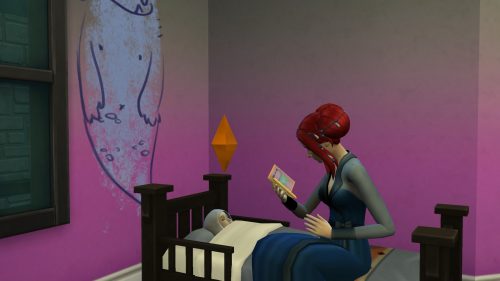 Little Lamia had a night­mare! Luck­ily mommy will always be there to take care of her. 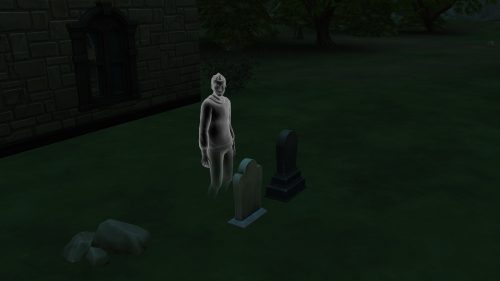 Our ghost friend is here again! The but­ler isn't show­ing up though. Guess she's still cool­ing down. 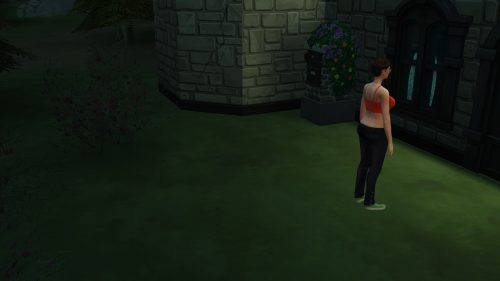 And then, it happened. I've heard about it, but this is the first time I saw it. A vam­pire broke into our house! 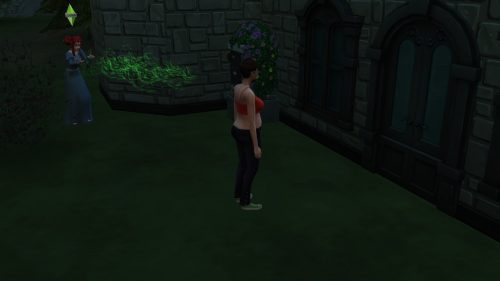 Ruby tried to make her leave, but she was no match for this mys­tery vampire. 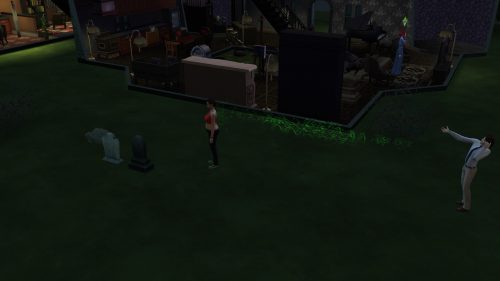 Same with Caleb, really. Luck­ily, she left on her own before doing hor­rible things to my human Sims.

And then, onto the main event! The wed­ding! (Hey someone voted for a wed­ding and I wanted to do it.) 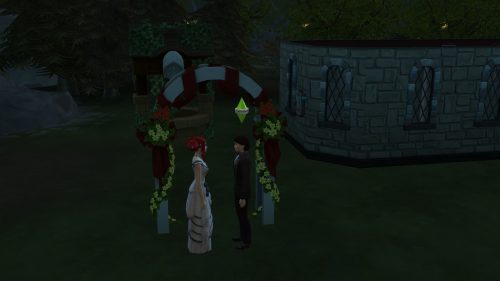 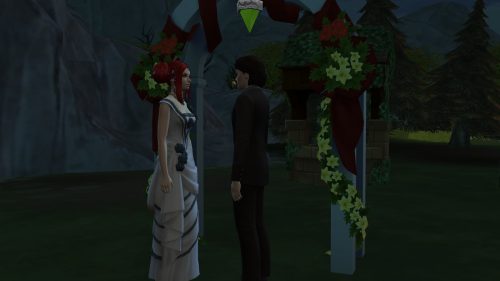 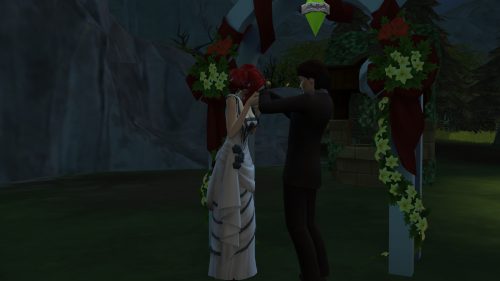 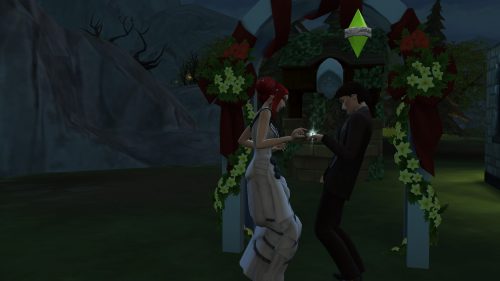 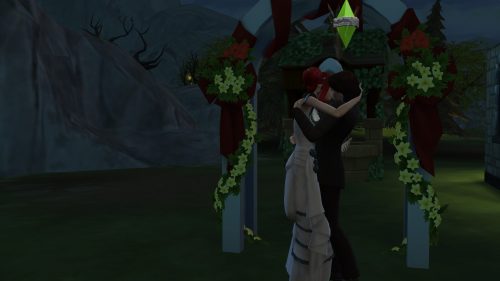 Here are some beau­ti­ful pic­tures of the small and private cere­mony. Ruby and Caleb are now mar­ried! Con­grats kiddos!

And before I leave you: 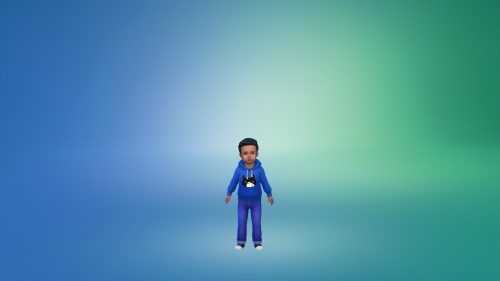 Kenta grew up! We now have two toddlers!

So, what's next? How about you guys decide? Bet you didn't see that coming.