Who's back? Ruby is back! She can't sing for shit tho. Sorry. 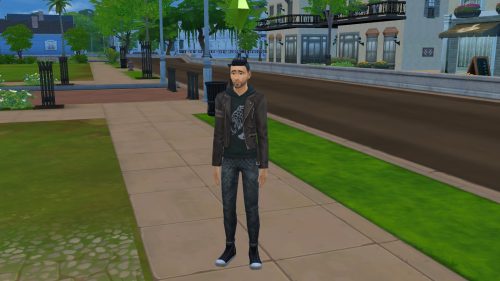 Aight, so most votes were to fol­low this guy for a while. Which I did. First, I fol­lowed him to work. 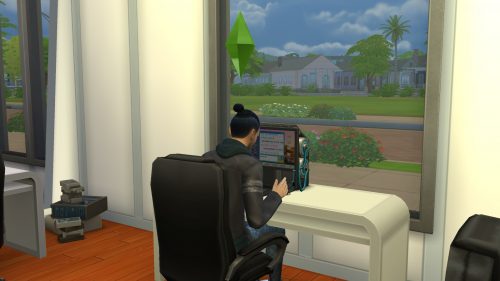 He works as an IT-consultant. And he is chat­ting dur­ing his job. He got a pro­mo­tion too. Sims 4, everybody. 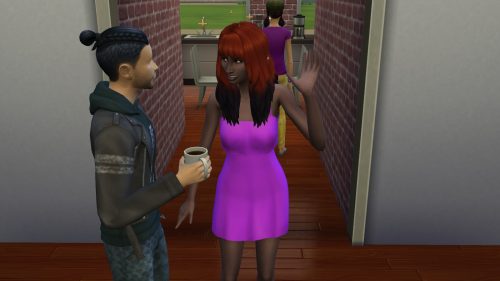 While tak­ing a break, Akira met his future girl­friend. I mean, isn't she pretty? That dress is ter­rible but CAS fixes that easily. 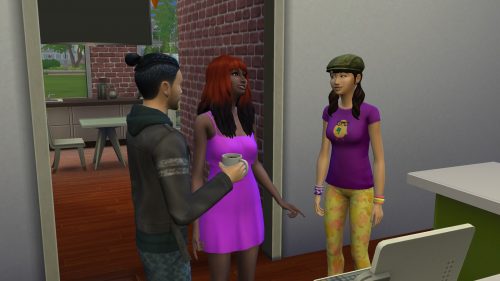 There's also this girl. She's… something. 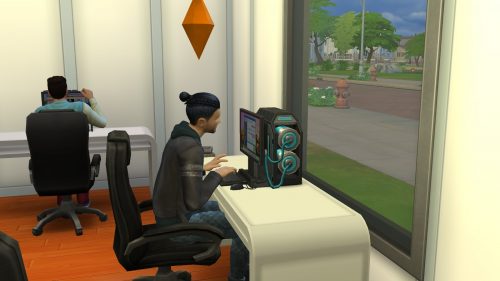 Look at this really nice desktop PC he's chat­ting on. I like it. I want it. 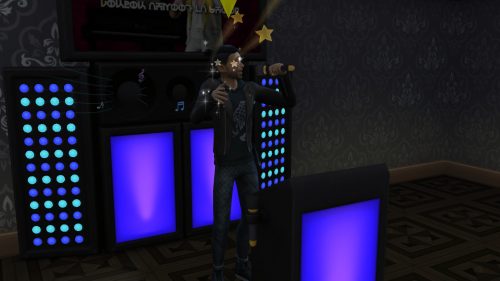 Ok, so back home mis­ter decided to become a karaōke star again. With stars. They take things quite lit­eral in this game. 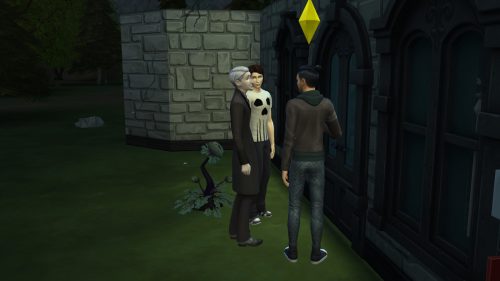 And then Vlad showed up, com­pli­ment­ing Akira's neck. Yes. 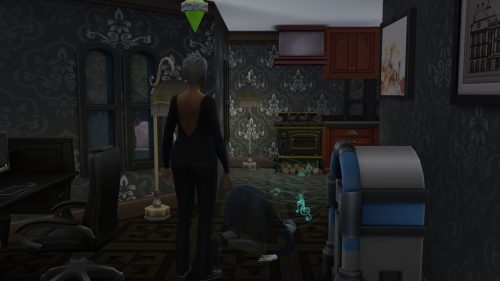 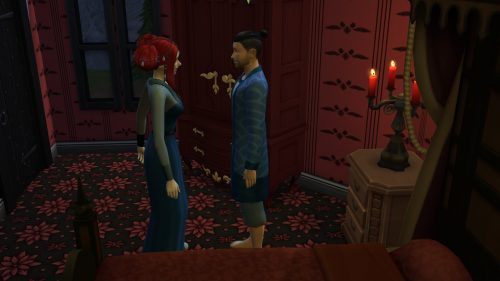 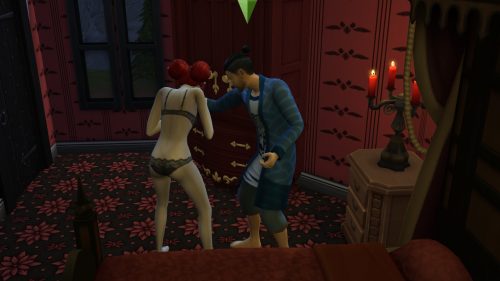 Akira still lets Ruby drink from his wrist, by the way. They're prac­tic­ally pla­tonic life part­ners by now. 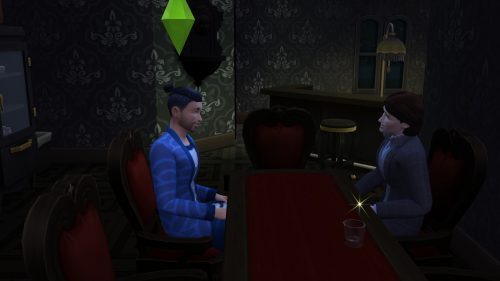 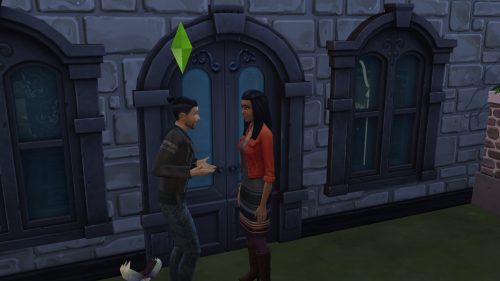 And then there's Jas­mine Hol­i­day. She's in the game whenever there's an event run­ning. And because of Valentine's Day, rela­tion­ships can get a boost right now! So guess what I did. 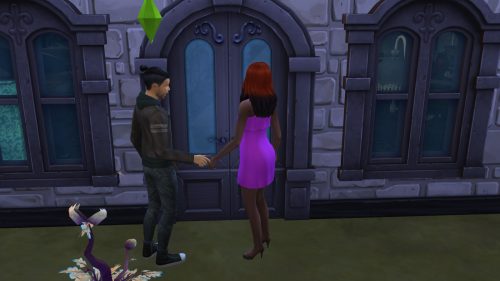 You thought I was kid­ding about that 'future girl­friend' thing? Think again! 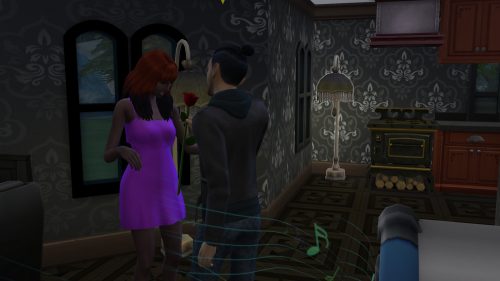 After some flirt­ing she moved in and… 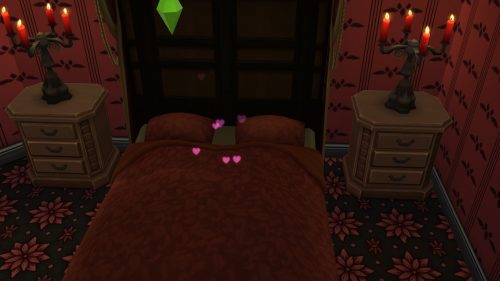 Well, you guessed it. 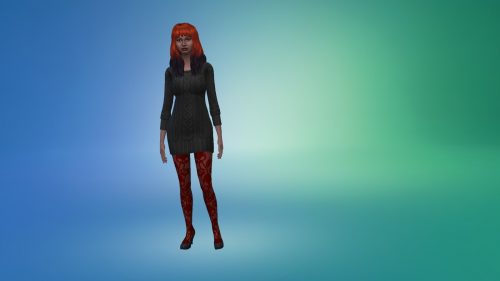 So, here's Fleur, after her make-over. She's Akira's girl­friend and she's preg­nant. With twins. These are my first ever twins in this game. They're two boys too. Why.

Well, you know the drill, vote for names for these kids!