Yes, we're back! And we're start­ing with a video again!

This anim­a­tion is too funny not to share. Enjoy the super-awkward video of Woo­hoo in a coffin.

Alright, onto the episode. 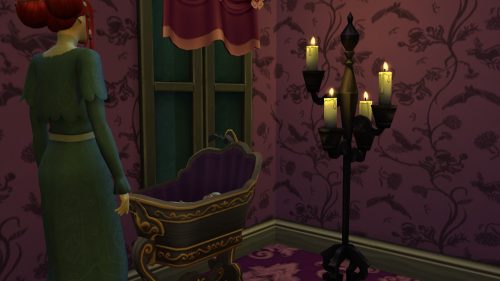 We left right after Lamia was born! Her cradle is really nice and vampire-ish, by the way. Ruby is a very proud mom, she's always busy with her baby. 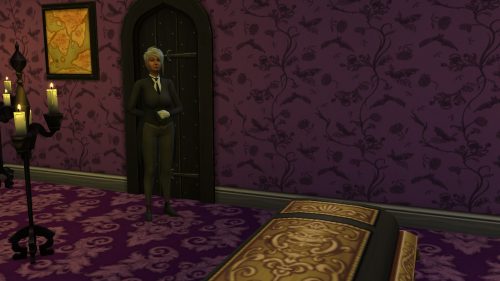 The but­ler tries her best too. By watch­ing, mostly. 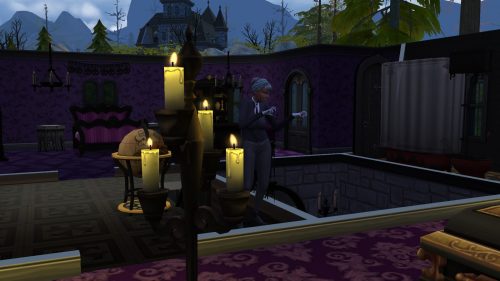 Until she became a full-fledged vam­pire! Sorry for the open walls, I had to rush to take a screen­shot of her Dark Form. 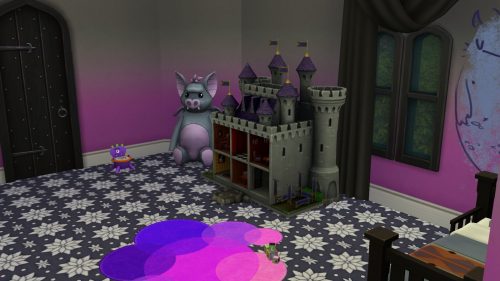 Mean­while, Lamia's room was com­ing along really nicely. She would sleep there as soon as she'd become a toddler. 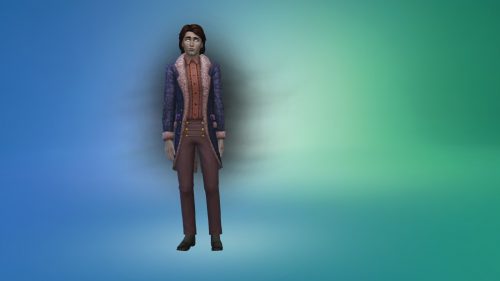 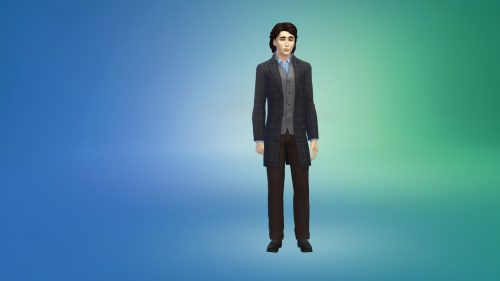 Talk about Dark Form, I found out that Caleb didn't have one, so I made him one. And I changed his hair in the pro­cess, he had the same hair as the but­ler, which was annoy­ing me a lot. 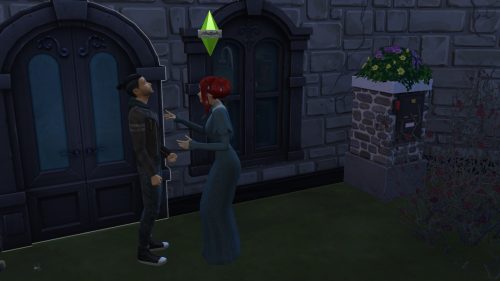 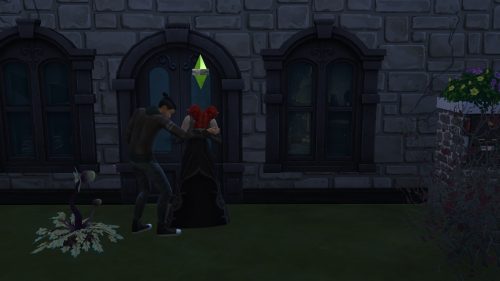 Watch who came vis­it­ing too: Man Bun Man! (His name is Akira) Ruby finally became friends with the amaz­ing singer and he even let her drink his blood. I like him. A lot. 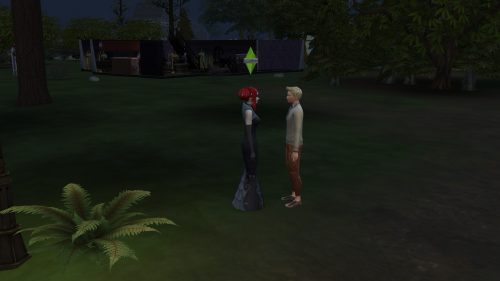 Ruby had the whim to turn someone, so I turned someone who walked past the castle. That's two turned Sims! 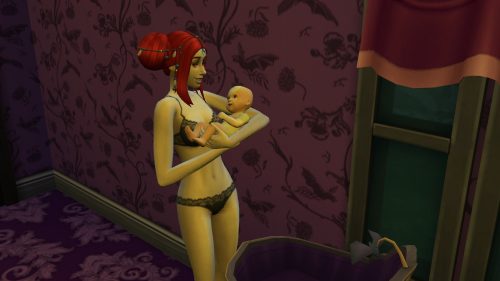 Have this super-cute pic of Ruby, in her Dark Form, look­ing like the cutest mother. 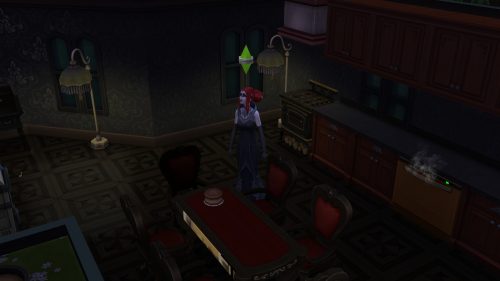 And then, it was Lamia's birth­day! Time to turn her into a toddler!

I had two votes on the last poll, and both for dif­fer­ent traits. So I decided to do a coin­flip. Heads for Charmer, Tails for Silly: 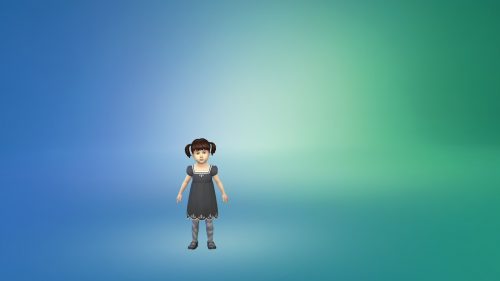 Lamia is the cutest little girl, in all black ofc. Like a real baby vam­pire. Just so you know, she /is/ a vam­pire, but she has no powers or crav­ing for blood yet. She'll become a func­tional vam­pire when she turns into a teen. 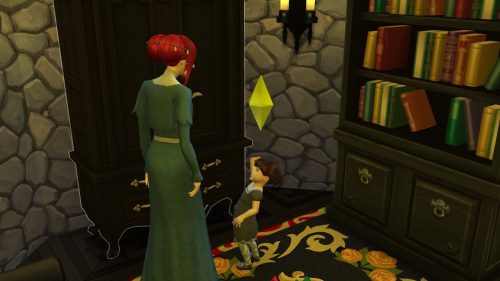 Mother and daugh­ter hav­ing a con­ver­sa­tion. For as much as Lamia can actu­ally speak.

Since tod­dlers take a lot of time and effort, next poll will not be about Lamia. She's just going to be a tod­dler for a while. Instead, I got some gen­eral options for y'all!