Yo! I am smeen and this is part one of my Sims 4 CYOA. I write a bit, and you decide what hap­pens next! This will be great!

Since Vam­pires have just entered the game, I made a vam­pire for this, with a new wish too. (you can click the images to see them better) 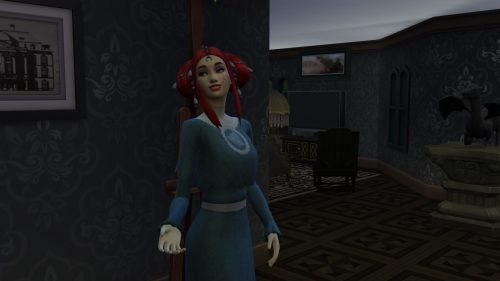 This is Ruby Red­wing (don't ques­tion my nam­ing skills), Lady and vam­pire. This is her 'human' dis­guise. I haven't actu­ally used her dark form yet, but I will in future parts. She wants to become the mat­ri­arch of a great vam­pire fam­ily. Just so you know, this can be done through babies, or con­vert­ing Sims. 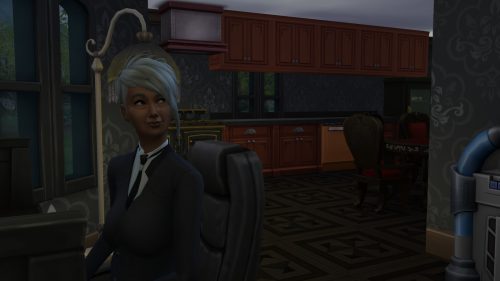 This is Ruby's but­ler. Vam­pires have but­lers, obvi­ously. She cooks Ruby din­ner even if she feeds off of Sims. Very weird. 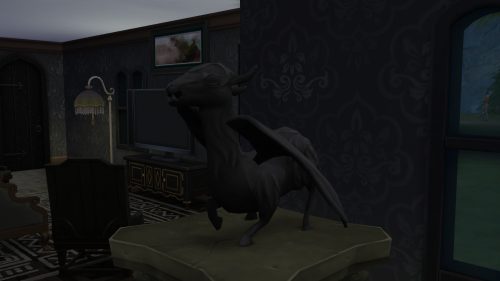 Well, now the house­hold has been intro­duced, let's start this episode! 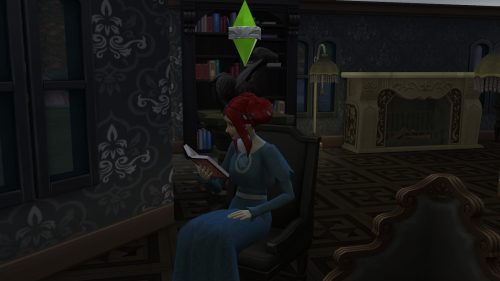 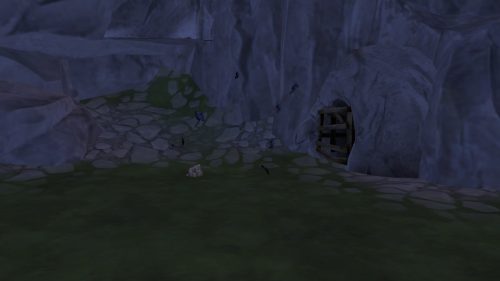 By the way, did I men­tion that Ruby lives next to the bat­cave? Because she does. Bat­man lives close to her.

Ruby actu­ally got bored from read­ing, and she decided to head to the city. Because the best place to meet Sims that could poten­tially join the vam­pire clan is obvi­ously the karaōke bar. Or because Ruby was feel­ing some Plasma Jane's. Whatever her reason was, she went out. 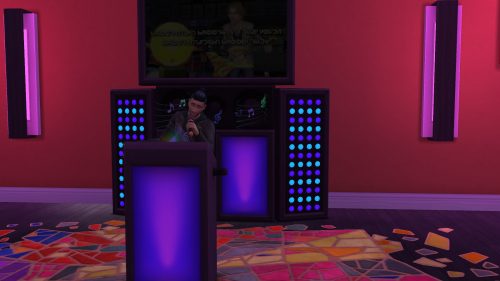 And there, we found this guy. He sang beau­ti­fully and I knew that Ruby needed to meet him. His jacket is nice too. He'd make a great vampire. 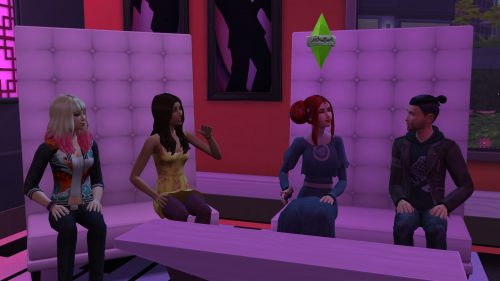 So, while Ruby was chat­ting up with her new­found interest, these two girls joined in. The more the mer­rier, so Ruby made them all her new friends. All of them. If they won't join the fam, at least they'll join her for din­ner. As the dinner. 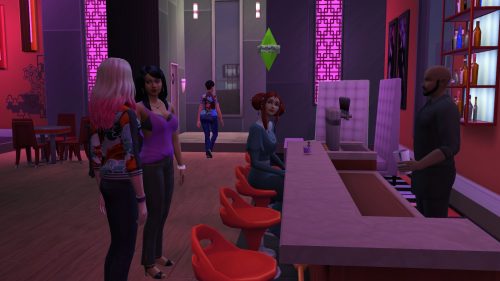 And, while Ruby was guzz­ling up another Plasma Jane (they're Bloody Mary's ok) this girl with the pink top said hi. AND LOOK AT THOSE HUGE BAZONGERS! Like, she lit­er­ally has the biggest tits I've ever seen on a Sim.

The karaōke bar got quite silent at 4 in the morn­ing, so Ruby went home. She stud­ied even more, and she now has the power to con­vert Sims to vampires! 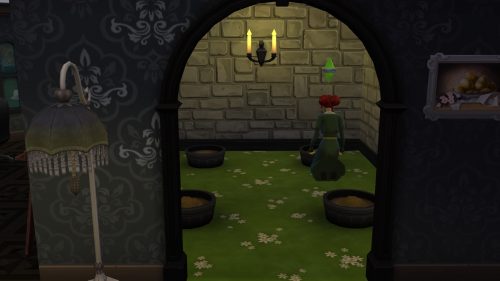 So, while Ruby is tend­ing her indoors garden, it's time to set up our first poll! What should Ruby do? Use her new powers on one of the karaōke bar friends? Get a vam­pire boy­friend? Con­vert the but­ler? Or do you have an even bet­ter sug­ges­tion? Let me know!