have you found a game to play yet?

Asked Smeen one day. You see, if this was any other per­son I'd reply "What game did you find for me to play?". But that wasn't any other per­son, that was Smeen, and I imme­di­ately tried to remem­ber if it's still early enough for a shop­ping trip to buy a shovel to bury myself with. But I had to be brave. I gathered all my cour­age, and pre­pared my lengthy reply. Believe me, there were graphs made. "No", I said. And that's how I got sent a link to a game called Tsun­dere Sharks. Oh joy. Any­way, end of story time. 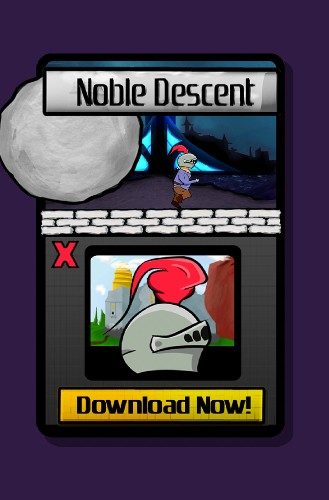 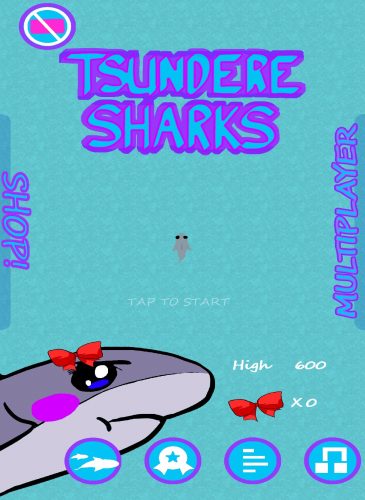 Wel­come to Tsun­dere Sharks! The game where you… shark. Prob­ably. Oh, hey let's try the first but­ton on the top left! 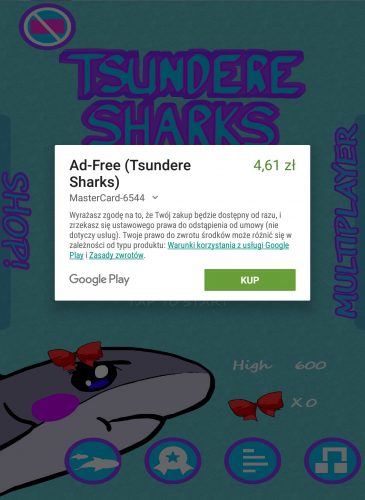 And I present you what is prob­ably the most nor­mal and pre­dict­able thing about this whole game. Other but­tons and swipes take you to a shop where you pay with little red rib­bons, achieve­ments, score­boards and mul­ti­player to share con­fu­sion with your friends I guess. 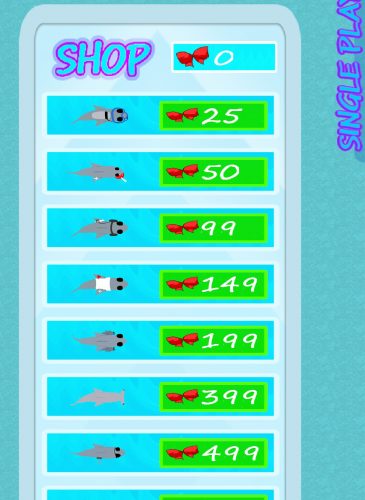 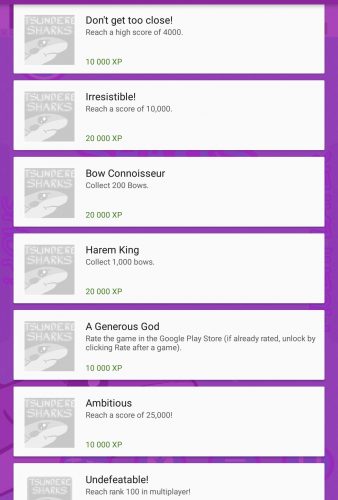 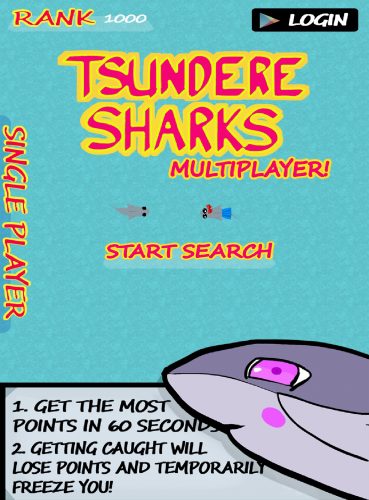 So uh… I am the most sen­pai of sharks get­ting chased by tsun­dere sharks try­ing to maul me. To death. Okay I don't know if this is funny or or murder. Although it's not like the two are exclus­ive. Also, I don't think I can help you study while being dead, sorry.

There's not much more to the game, though. You swim around try­ing to catch eye of some cute shark ladies, then try to swim very fast away from them and get chomped. Rinse. Repeat. Chomp. Although, there's one thing I have to really, really com­plain about. It's prob­ably the biggest flaw this game could pos­sibly have.